How Did Esther Get on the Table?

A little girl fidgets by the desk at which her father is working. Suddenly she appears on top of the table, where she shrinks to only a few centimetres in size. The scene launches into a series of surrealistic objects of her environment. She is comforted with many situations that could conceivably happen to her in the future, and they prove to be more threatening than reassuring. At the end of film we find Esther restored to her normal self again, sitting on the lap of her father. 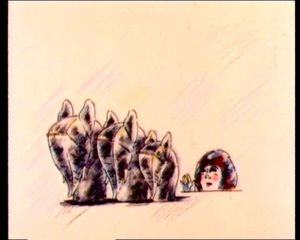 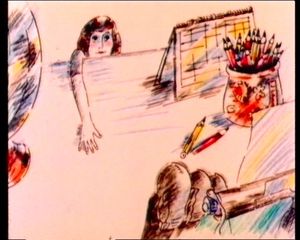 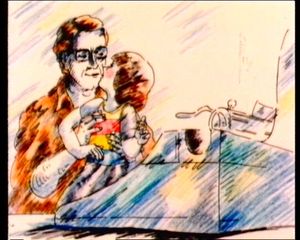