Come to the Clearing

A slowly splitting painting, a little bird on the painting and then flying up from it. An aethereal female figure that shows up from time to time, and, by way of a counterpoint, a disgusting writhing insect, an undulating mass of pebbles and a mass of letters that gradually engulfs the picture. In other words, the visual motifs and the congenial and effective sound effects together formulate a quite peculiar and remarkable vision about passing times, and the continual changes of time. 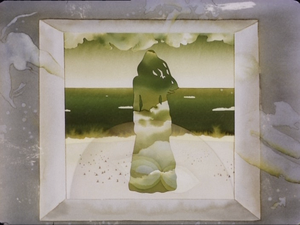 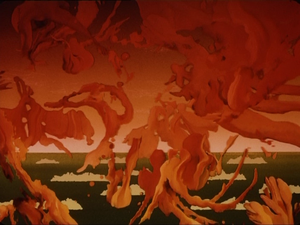 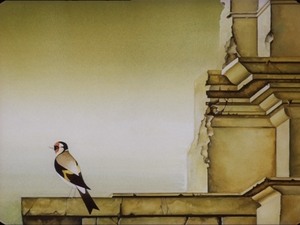