The poor but smart Peter presented his cock to the squire who asked him to divide the cock among the six members of his family. The squire liked the division so he rewarded Peter for it plentifully. Seeing it the rich and greedy Paul gave five cocks to the squire. But when he had to divide the cocks among them he was at his wit's end so Peter had to solve this problem as well. He gave a smart answer and he was rewarded again and Paul’s stupidity was rewarded with blows. 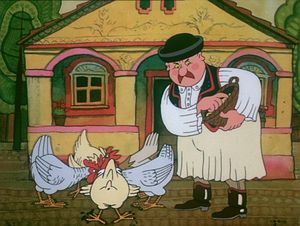 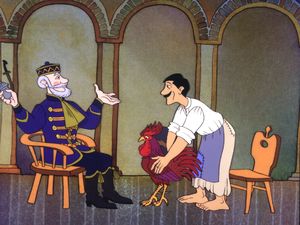 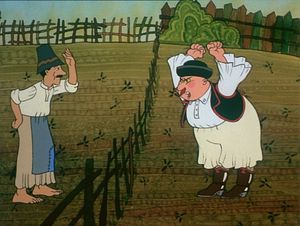